FA Cup Round Up 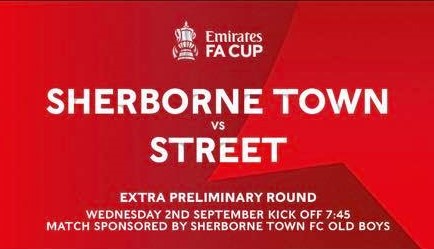 FA Cup: Following an extraordinarily long hiatus, competitive football finally returned on the first day of September, with a healthy batch of ties in the extra-preliminary round of the FA Cup. When the Premier League returned to such fanfare earlier in the summer, it was noted how goalkeepers may have struggled to hit peak form as quickly as their outfield adversaries. That can’t be said for Corsham’s Sam Thomson however, with the stopper saving playing a starring role in their shootout victory over Farnham Town. After the game had finished 2-2 at the end of 90 minutes, Thomson thwarted three Farnham spot kicks as Corsham prevailed 4-3 on penalties. Bitton were another side to win on penalties, knocking out fellow Western League side Buckland after their fixture finished 1-1, but Plymouth Parkway and Chipping Sodbury had no such luck after falling to defeat in their shootouts. Cribbs shot out of the blocks in their 3-1 win at home to Newent, with Dan Webb scoring inside ten seconds of their game kicking off at the Lawns. Further goals from Steve Murray and Ross McErlain settled the score, handing Cribbs an almost perfect start to the new campaign. Mitch Osmond’s 63rd minute penalty helped Clevedon claim a 1-0 victory away at Portland United, with another Somerset outfit, Wells City, also moving on to the next round thanks to a 2-0 win at home to Bovey Tracey. Josh Wadham’s second half strike saw Bridgwater Town toppled Millbrook by one goal to nil, while Joe Morgan notched a brace in Shepton’s 3-0 win at home to Torrington. There was late heartbreak for Wellington, who conceded twice in the closing stages before then suffering defeat on penalties in their home tie against Bodmin Town. Things also didn’t go to plan for Hallen, Westbury Calne and Odd Down who each suffered one-sided defeats to end their hopes of a cup run this year. Goals from Ben Brooks and Liam Oswin led Cadbury Heath to a 2-0 win away at Brislington, with Exmouth Town joining them in the next round after Dave Rowe, Aaron Denny and Jordan Harris all scored in their 3-1 triumph away at Keynsham.
On Wednesday evening, Sherborne Town made a strong start to their campaign,
defeating Street 2-1 at Raleigh Grove following goals from Dan Newens and Haydn
Hodges. Tavistock also progressed at the expense of Bradford Town, with Josh Grant
putting them ahead in the first half, before Jack Crago doubled the advantage soon after their visitors had been reduced to ten men. Roman Glass St George fell to a 2-1 defeat at home to Flackwell Heath, and Bridport were also knocked out following a 2-1 defeat away at Willand Rovers.