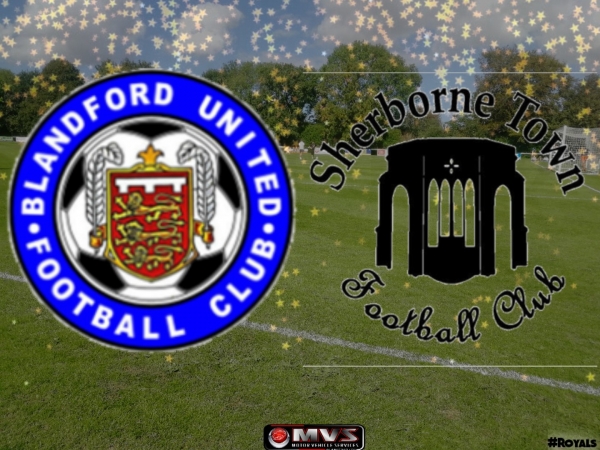 Sherborne went into the game looking to continue their run of form from pre-season and the beginning of the season having 0 losses to their name so far. They faced a confident Blandford side who beat Portland United reserves 9-1 in their opening game. Town started the game strong creating many chances and still being able to play their football against a very physical Blandford side who stayed like that during the whole game. Both teams created chances but Sherborne looked the stronger side in the first half however Blandford would score first against the run if play as Elliot Mauson found himself through with a lot to do and a very tidy finish gave Blandford the lead in the 25th minute. Marc Cains bagging a brace within two minutes would then restore confidence to the zebras soon after and give them the lead. On the 39th minute Cains and Mann combined with a smart one-two to send Cains through on goal down the right hand side who would power a shot at goal which was too strong for the keeper to stop. Then in the 41st minute, Luke Jackson who was holding the ball up in the left corner would lay it back to Ashley Guppy who had plenty of time to put in a pin point cross to the back post for Cains to grab his second and give Town the 2-0 lead. The teams went in at half time 2-1 to Sherborne. The second half began and Sherborne remained in control against a very rattled Blandford who were putting in many rash challenges and they couldn’t find a way past an organised Sherborne side. Sherborne defended their lead well apart from a goalmouth scramble which resulted in Blandford being unable to get the ball into the Sherborne net to make it 2-2. There were a few more chances for both teams including what would have been a wonder goal for Marc Cains to secure his hat trick as a high ping from the town defence found its way to Cains running through between the two Blandford centre backs who controlled at and kept it in the air with his first touch and tried to lob the oncoming keeper but it just sailed over the bar late on in the game. Callum Gundry was subbed on for Jake Wolfe, Jake Hobbs replaced Ashley Guppy and Peter Ireland took Elliot Mann’s place. Jake Hobbs and Steve Burton both had to receive attention from the Sherborne physio Nikki Crampton.