First Division Round Up 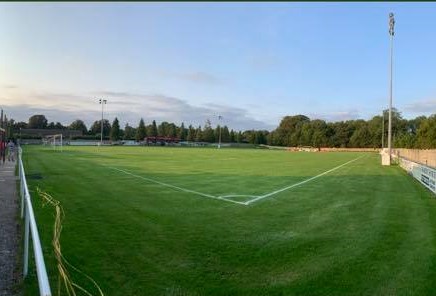 First Division: Lebeq provided one of the stories of the opening round, beating Cheddar by five goals to one in Somerset. After surging into a two-goal lead inside the opening ten minutes, Lebeq had added a third before Danny Griffiths pulled a goal back for the
Cheesemen towards the end of the first half. Lebeq powered home after the interval, scoring twice more to confirm the big win, with Rick Davis claiming a double for the visitors. Another side to win on their travels were Corsham Town who took advantage of an early red card to beat Bishops Lydeard 3-0. After new signing Gary Higdon had volleyed the Quarrymen into a 16th minute lead, their task became a touch easier when their hosts were reduced to ten men. A second goal from Higdon strengthened Corsham’s grip on the contest, with a late long-range strike from Will Stead capping a fine team performance.
Warminster Town opened their account with a 3-1 win at home to Radstock. Taking
just two minutes to go ahead through Francois Allen, Warminster kept their visitors under pressure throughout the first half with Jack Miluk and George Butler stretching their lead. A dream debut from Josh Bright helped Calne Town claim all three points
thanks to a 3-1 victory over Ashton & Backwell United. After Ashton’s Harry Walker had cancelled out Matty Jenkins’ opener, Bright restored Calne’s lead towards the end of the first half with a composed lobbed finish over the on-rushing keeper. With one goal separating the sides throughout the second half, the game remained on a knife-edge until Bright struck once more in the closing stages to wrap up the win. Matt Davies was
the hero for Almondsbury, scoring twice in the final 20 minutes to overturn a one-goal
deficit in their 2-1 win over Wincanton. Town led for the majority of the contest following Matt Garner’s seventh minute finish, but Almondsbury stayed in the battle and drew level in the final quarter through Davies. Then, with less than ten minutes left on the clock, Enis Akgun slipped the ball across and Davies was on hand to double his tally and helped complete the late turnaround. Oldland Abbotonians also started out with a 2-1 win, after goals from Owen McCallum and Harry Pruett either side of the interval helped them beat Bristol Telephones who had earlier equalised from the spot through Jacob Saunders.
Second half efforts from Louie Elliot and Jack Sell led Portishead Town to a 2-0 victory away at Sherborne Town, while the fixture between Hengrove and Bishop Sutton was abandoned following a serious injury.