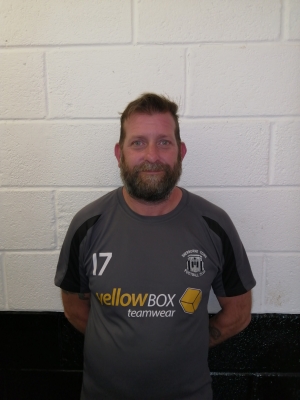 How did you become involved with Sherborne?
Found out that you needed a new bar manager so applied.

Your role at the club?
I drive the bus to away games and fill in where needed at home games.

The best part of being part of the herd?
Being part of a proper grassroots football family.

Worst dressed at the club?
Definitely Sam, like something out of Green Street.

Best game ever in football you have watched?
1990 FA Cup semi final - Arsenal v Man Utd, that goal from Giggsy!

Most talented player ever for the Zebras?
Tough call but probably Clarkey.

Favourite goal of the season?
Murph Vs Longwell Green.

Joker of the club?
Dan Newens always winding me up on the bus.

Hopes and aspirations for next season?
More away days, most fixtures have been home this season.

Best achievement while involved at the club?
Getting the team to away games.

And finally win the league or FA Cup/Vase run
Cup run with a good mix of away games.