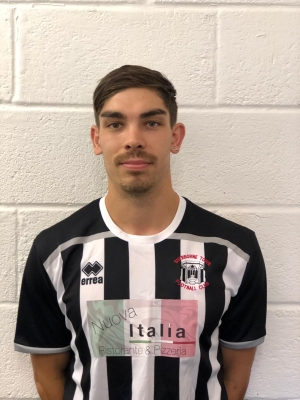 Why did you join Sherborne?
It was a good time to get back into football after 3 years out. Having played with a number of players in the squad since youth.

The best part of being a Zebra?
Having one stop Rob as our bus driver

Favourite Zebras moment?
Got to be beating Wincanton on Boxing Day.

Worst dressed at the club?
Jacko, sorry Andy all I can picture you in is a waterproof tracksuit.

Best game ever in football you have watched?
Watford vs Liverpool 2020 season.

Most talented player ever played with?
Tricky one, played with a lot of talented players but one pops into my mind, lad called 'Spider'. Back in the days when Jas lock was manager. Can't remember his first name !

Favourite goal of the season?
Smithy away at Hengrove. Came off the bench and stuck it bottom corner.

Joker of the club?
Murphs.

Daddy or chips?
Got to be chips.

Hopes and aspirations for next season?
To be able to finish the season and be promotion contenders.

Who's the longest in the shower?
Got to be Hezboy (Anth)

Jacob is sponsored by Ashley Knibbs both at home and away.