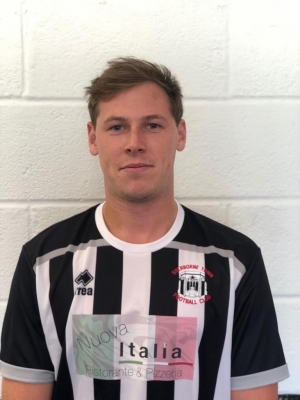 Why did you join Sherborne?
Wayne Woolard took over and I wanted to follow him.

The best part of being a Zebra?
We're the best of our local rivals.

Best friend at Sherborne?
My boys Tones and Smurfs.

Best dressed at the club?
Gaffer for sure - not seen a beanie like it!

Best game ever in football you have watched?
United Champs league Final 07/08.

Most talented player ever played with?
Lewis Morgan.

Favourite goal of the season?
Mine v Devizes (H). The not so good Carney with a lovely assist. Worldie half volley in off the bar from at least 40 yards.

Joker of the club?
Smurfs.

Hopes and aspirations for next season?
Coronavirus doesn't stop us from winning the league for the second year running.

Who's the longest in the shower?
Sam Carney for sure!

Joe is sponsored by Easyflow Plumbing and Heating at home and away.