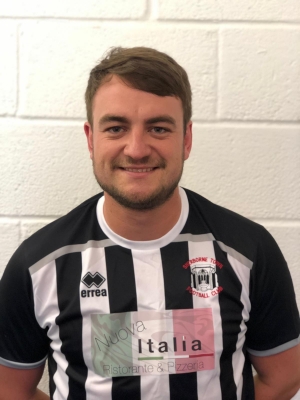 Why did you join Sherborne?
I've been a Zebra for a few years now. I stayed this season as it meant I would be playing with my mates.

The best part of being a Zebra?
Our position in the league!

Favourite Zebras moment?
The 7 hour bus journey home from Portsmouth after our win in the FA Vase.

Best friend at Sherborne?
Everybody.

Best dressed at the club?
Elliot Mann (easier for him though as kids clothes are cheaper)

Worst dressed at the club?
Wayne Jerome for the headwear alone.

Most talented player ever played with?
Matt Bollen, before the injuries got him. Such a waste.

Joker of the club?
Anth Herrin and Alex 'Murphs' Murphy like to have some fun.

Hopes and aspirations for next season?
After coming close this year, that we keep the same group together and go on and win the league.

Who's the longest in the shower?
Anth Herrin

Dan is sponsored by Colin Goodland at home and JRH Media when away.