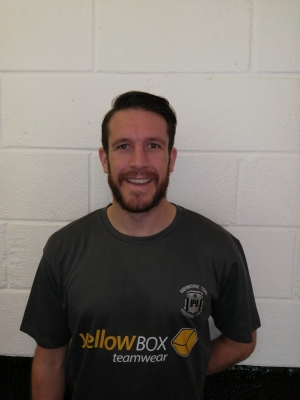 Why did you join Sherborne?
I wanted to be part of what the manager at the time, Martin Starnes, was building. I will always credit Martin for the start of many fantastic years at Sherborne Town. That's a few years ago now mind!

The best part of being a Zebra?
The friends and memories I've made over the years.

Favourite Zebras moment?
When Marc Caines scores our third goal against Willand in the FA Vase to beat them 3-0.

Best dressed at the club?
Do we have one!? Probably Waddsy when he lived with me and would always borrow my clothes.

Worst dressed at the club?
I can't single someone out for this "award" - could I Wayne!?

Best game ever in football you have watched?
The last few minutes of the 1999 Champions League final.

Most talented player ever played with?
Nick Trevett at youth level and probably Keith Emerson or Gary Bowles at senior level.

Favourite goal of the season?
Matt Watson's last minute winner away to Bridport reserves to make it 3-2. It got me out of the sh*t after I gave away a penalty so they could make it 2-2!

Joker of the club?
Luke Jackson, he's an obsolete joke!

Hopes and aspirations for next season?
To play!

Who's the longest in the shower?
One of the Carney's. They take ages!

Will you be a Zebra next season?
I've been asked that question for the past 3 seasons! Maybe I should take the hint! Or become a goalkeeper!