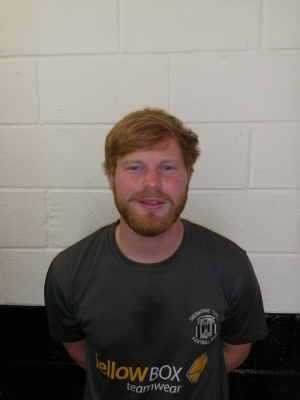 How did you become involved with Sherborne?
Originally when I was 16 to play for Wayne in the reserves. More recently to find the love for the game again.

The best part of being part of the herd?
Probably the stripes, they define it as an animal.

Favourite Zebras moment ever?
Has to be that hat trick away at Caine, have I ever mentioned it? I'd transferred from Chard just before Christmas that season and it topped off what was some of my best football.

Best dressed at the club?
Elliot Mann - forever been in his shadow when it comes to dressing.

Worst dressed at the club?
Sol Carney - he likes to think he's well dressed. Go as far as to say the worst dressed Carney.

Best game ever in football you have watched?
When I was about 10 my old man took me to the tennis courts at Mudford Rec. It was a Sunday morning and we got out of the car and walked past a game on our way to the courts. The ground was frozen and as we arrived the goal keeper was taking a goal kick. Some poor lad headed the rock of a ball from within his own half, it bounced on the frozen ground, over the scrambling keeper and into the back of the net. A shout came for one of the subs to warm-up to which he proceeded to grab a fag and a lighter from his sock and have a smoke. Proper football that stuff.

Most talented player you played with?
John Ireland - although if you put the three Ireland's together you'd have the complete player.

Favourite goal of the season?
We never scored that many! Has to be Matt Watson when he let the ball hit him in the face against Bridport. Was the first result we had under Budds.

Joker of the club?
Pete Ireland - such a dry sense of humour but always a barrel of laughs.

Daddy or chips?
Both.

Hopes and aspirations for next season?
To be fit enough so that Budds doesn't hound us at Rossi's or make us do some horrendous  running in the middle of winter on the terraces.

Who's the longest in the shower?
Jason Bond - when he turns up!

Will you be a Zebra next season?
Time will tell.