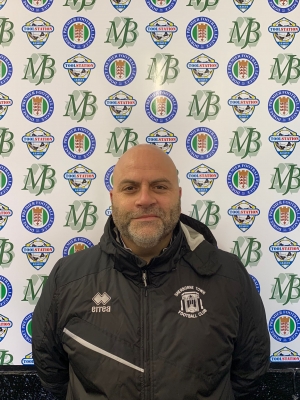 Why did you join Sherborne?
To stop Ambrose (Wayne Jerome) coming around my house.

The best part of being a Zebra?
To see the players have a good club and the club have a good team to get behind.

Favourite Zebras moment?
Being part of the Western League Championship season during my first spell at the club.

Best friend at Sherborne?
There are too many good people to list, but certainly can not overlook the veteran, Nick Jacobs.

Worst dressed at the club?
Wayne Jerome or Bealer.

Best game ever in football you have watched?
Anytime Man Utd lose.

Favourite goal of the season?
Alex Murphy vs Longwell Green.

Joker of the club?
Anth Herrin.

Hopes and aspirations for next season?
The club and Teams build on the hard work of this season and continue to enjoy their football.

Who's the longest in the shower?
Anth Herrin stepped into the void left by Aaron White.

Neil is sponsored by John McLoughlin at home and JRH Media when away.