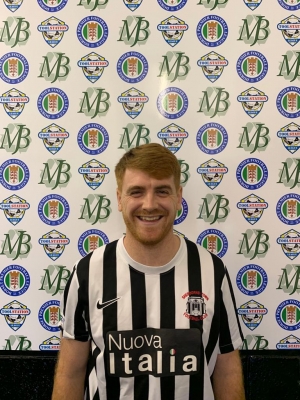 Why did you join Sherborne?
Playing football with the lads again who I grew up playing football with, was one of the main reasons. Management and coach's another. Also playing at a good standard again and getting the club back to the Prem by playing total football.

The best part of being a Zebra?
Everyone is a laugh and quality, so it's just class to be around.

Favourite Zebras moment?
The mini bus back from Pompey in the FA Vase. We won! Nick Jacobs on the music with some absolute belters! Scenes!!

Best dressed at the club?
Bealer!

Best game ever in football you have watched?
Whenever Sunderland beat Newcastle, always special games. But could watch the GOAT(Messi) play any day of the week.

Most talented player ever played with?
Hard one that...lots of good players. Josh Williams for me, he has the most natural ability.

Favourite goal of the season?
My lob away at Bishops Lydeard, Hawaiian Brian has it on video somewhere ... give it a watch.

Joker of the club?
Shouldn't say this ... but Murph.

Hopes and aspirations for next season?
To play football again. Hopefully that rumour of Sherborne going into the Wessex league goes away. Nobody wants that!

Who's the longest in the shower?
Stringer or Waddsy

Sam is sponsored by J.Lock when at home and away.